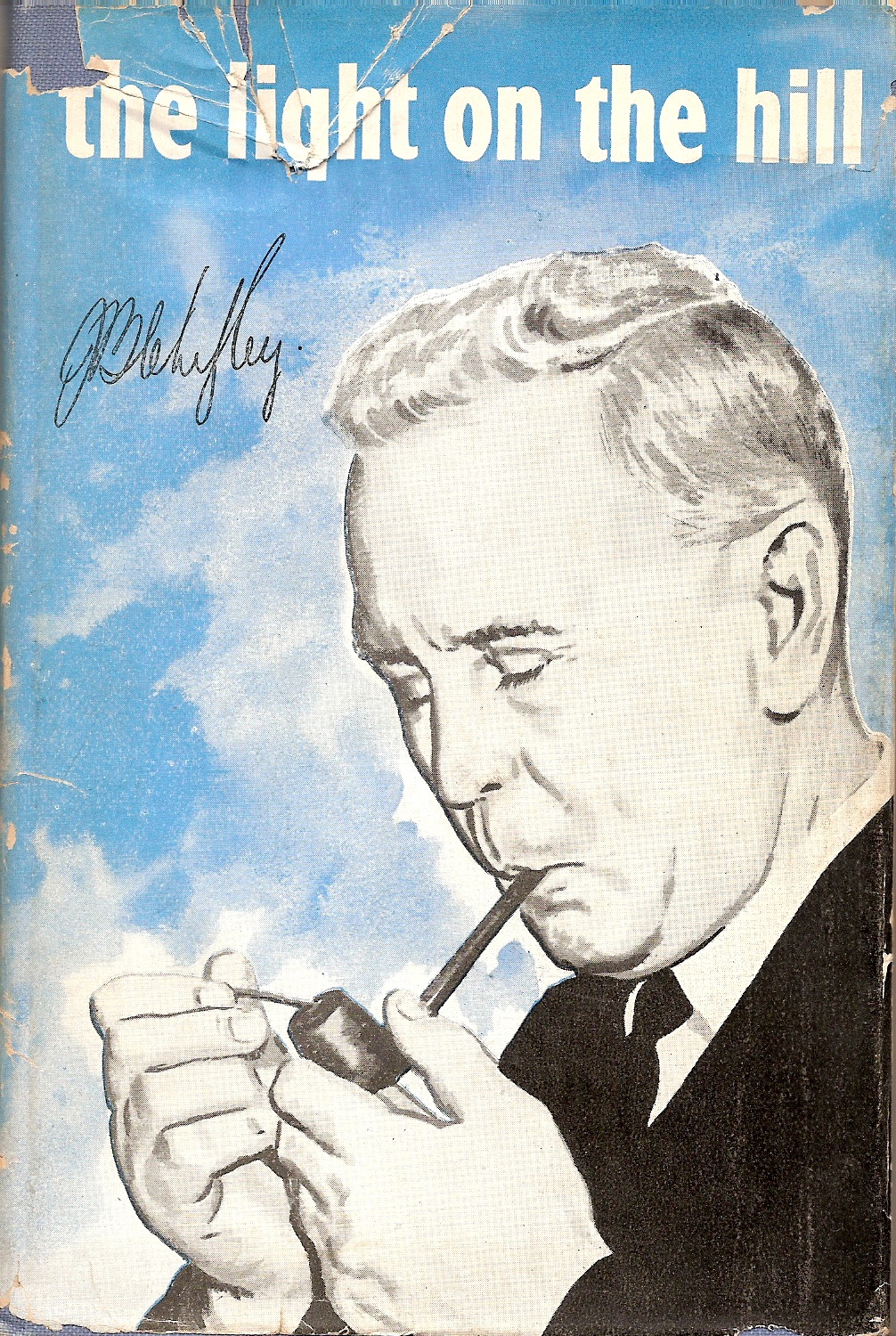 View original image
1951 The Light on the Hill

Many Labor supporters were convinced that the electoral defeat of 1949 was just a temporary setback and that a strong Labor Government would quickly return to office in Canberra. Instead, that defeat inaugurated a 23-year period in opposition that included some of the darkest days for the party. Part of the problem was leadership. A sick and dispirited Ben Chifley led the party to another defeat in a double dissolution election in 1951. His death later that year was mourned by the nation, including his political rivals. His successor in leading the party was Dr HV Evatt, brilliant but erratic, with great intellectual strengths but little political acumen. He led the party to electoral defeats in 1954, 1955 and 1958. He was succeeded by Arthur Calwell, who narrowly lost the 1961 election, but then lost more comprehensively in 1963, in 1964 (a Senate election), and in 1966. However, leadership itself was a mirror of much greater problems in the party that gave any leadership challenge an ideological as well as personal dimension.

Winston Churchill's famous 'Iron Curtain' speech in 1946 signalled the beginning of a 'cold war' that very soon replaced the hot war as a concern for developed nations of the west. The Berlin Blockade of 1948-9 brought the cold war protagonists face to face. In 1949 the success of the Chinese Communist revolution brought the perceived threat of Communism much closer to Australia. In 1950, the outbreak of the Korean War again threatened an even larger conflagration when Communist China supported North Korea against a United Nations force (including American and Australian troops) supporting South Korea. In Australian domestic politics, support for Communists, who were very influential in the trade union movement, was portrayed by the media and the conservative parties as equivalent to treason. The late 1940s and early 1950s were years of very bitter industrial conflicts that brought regular blackouts to most Australian cities. The Menzies government passed legislation in 1950 to ban the Communist Party, but it was struck down by the High Court in 1951, after which the government held a referendum on the issue, which was defeated, even if only narrowly.

This environment caused enormous problems for the Labor Party. Since trade unions had strong representation in State organs of the party, especially in the policy-making Conferences, it was very easy for Labor's opponents to portray the party as soft on Communism. Any policy supported by the left of the party could be regarded as grounds for suspicion. Labor opposition to the banning of the Communist Party was interpreted as complicity. Prime Minister Menzies exploited the 'Communist bogey', which had damaged the party since the 1920s, with great success. Faced with this challenge, Labor leaders had an impossible choice either to retreat from the defence of social justice and civil rights issues, or to appear to be soft on Communism.

The threat of domestic Communism was exaggerated. The Communist Party was actually in decline in Australia, and was itself factionalised into hostile groups of Stalinists, Maoists, Trotskyites and other splinter groups. Yet there was a real problem for Labor, as became apparent during the 1950s and 1960s in the issue of 'unity tickets' in trade union elections, where candidates sponsored by the ALP gave preferences to Communist candidates. It was in the interest of the Labor Party to defend itself not just from accusations of Communist influence, but from Communists themselves.