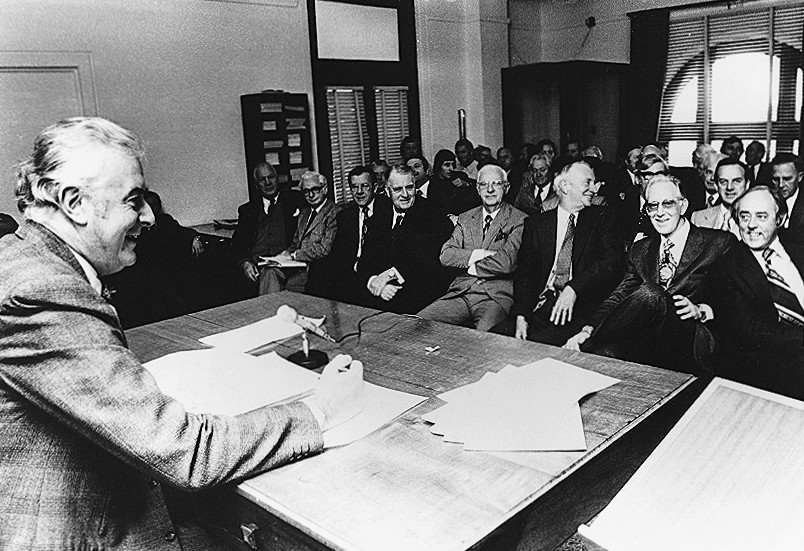 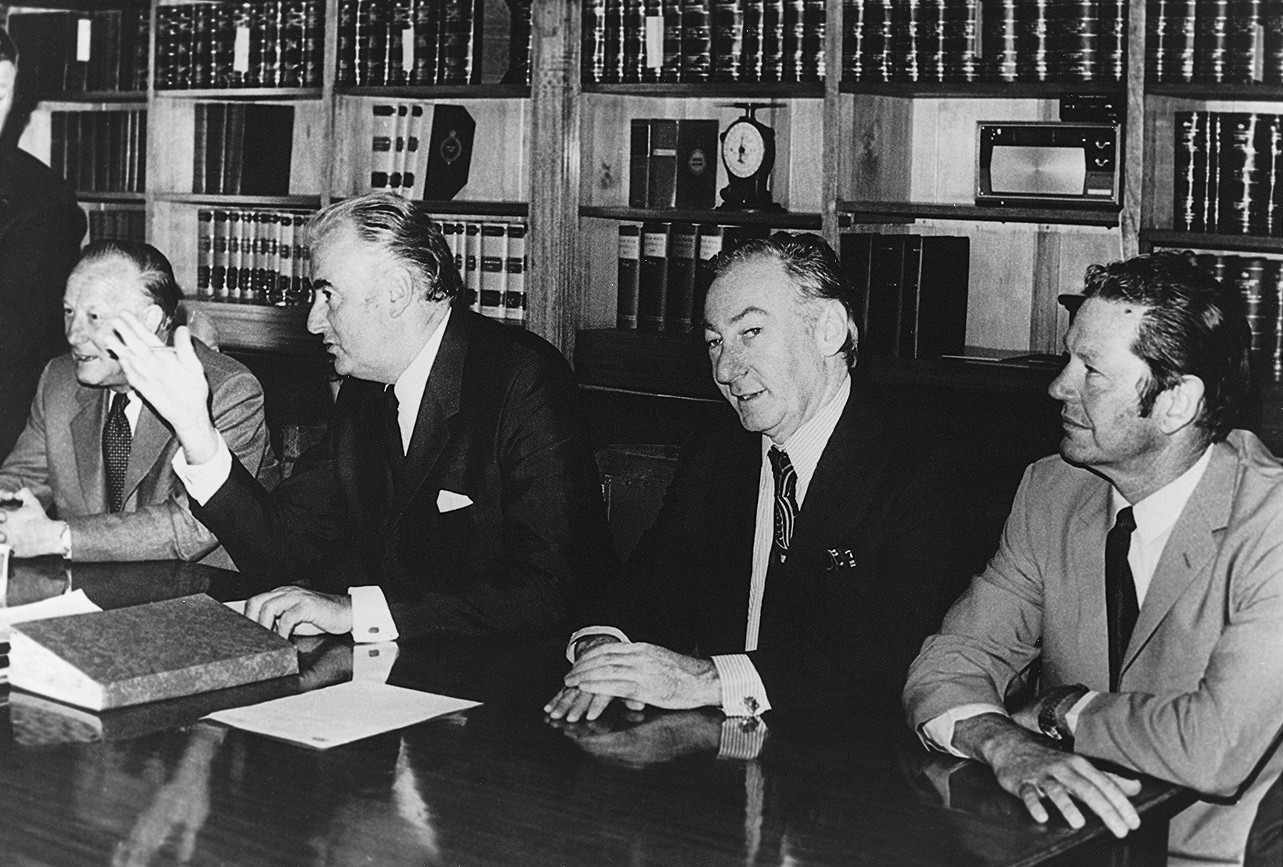 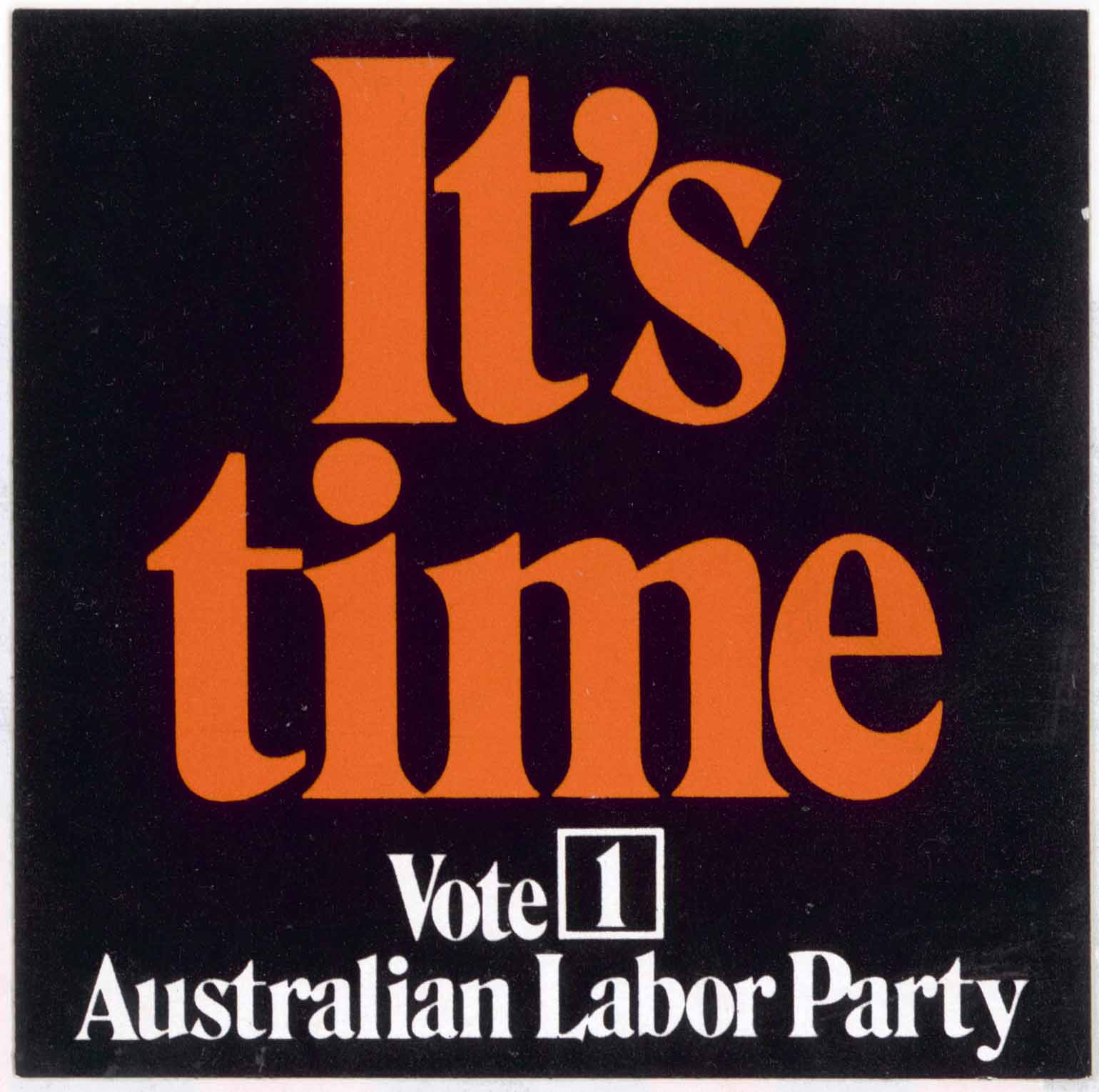 The campaign for the election eventually called for December 1972 was the most professional, long running, and media orientated that Australia had seen to that date. It reflected the reorganisation of the party's extra-parliamentary machinery, as it reflected the parliamentary leadership of Whitlam. A change in the popular attitude to Vietnam and conscription was manifest in the huge rallies of the Moratorium movement, led by Jim Cairns but supported by the whole party. Whitlam's visit to China in 1972 was condemned by McMahon in terms reminiscent of the anti-Communist bogey, but the visit of President Nixon very soon after to speak with Mao made nonsense of such rhetoric, and gave the advantage to Whitlam. By the beginning of 1972 opinion polls were predicting a victory for Labor in the next election.

In some ways the high point of the Whitlam era occurred in the second half of 1972, before reaching government. It was a time of enormous enthusiasm, not just among traditional Labor supporters and voters, but among sections of society not previously associated with Labor. As the leader and his team stumped the country promoting policies of withdrawal from Vietnam, education reform, urban renewal and national development they were joined by prominent representatives of the arts community, Aboriginal activists, leaders of a revived feminist movement, environmentalists, and many others. The campaign was encapsulated in the slogan 'It's Time' that clearly captured the spirit of late 1972. Whitlam was one of the great Leaders of the Opposition, largely recreating his own party and adapting it to the modern age, as well as mobilising both the traditional Labor electorate and swinging voters in the cities.

At the elections of 2 December 1972 Labor, as predicted, won convincingly, with 67 seats facing 58 for the Liberal and Country Parties. In Victoria the party had again improved on the previous election by three seats and now held 14 seats compared with the Coalition's 20. There was no Senate election that year, so that a Whitlam government would face a hostile Senate where Liberal and Country Party Senators were supported by a strong DLP representation.

It was clearly a government intent on change. By executive orders in the first week the draft was killed off, the withdrawal of troops from Vietnam was begun, and new Ministries for the Media, Urban and Regional Development, Northern Development, and Tourism and Recreation, were created, along with a general overhaul of the bureaucracy. Major foreign policy changes were signalled by the recognition of Communist regimes such as China and North Vietnam, while Australia sought a greater influence among middle ranking nations who were not aligned either to the Soviet Union or to America. Professor Peter Karmel was asked to report urgently on how the needs principle in education might work in practice, leading to the setting up of the Schools Commission that Kim Beazley Snr would administer.

The Minister for Social Security, Bill Hayden, began negotiations with State governments and with the medical profession to finalise plans for the universal national health insurance scheme that came to be known as Medibank. The Minister for Immigration, Al Grassby, explicitly embraced changes already occurring in Australian society by proclaiming a policy of 'multiculturalism'. Professor Henderson was set to work on a ground breaking Royal Commission into poverty in Australia. Important symbolic initiatives were the appointment of an Advisor on Women's Affairs and a decision to give significant funding to the arts.

One of the controversial, and colourful, figures of the government was Lionel Murphy, leader of the government in the Senate and Attorney-General as well as Minister for Customs and Excise. More than anyone else, even Whitlam who shared his passion in this regard, Murphy was responsible for reclaiming from the conservative parties Labor's fundamental resolve to defend the human rights of citizens. (During the cold war any reference to 'human rights' tended to be associated with far right organisations like the League of Rights.) As a successful barrister, Murphy had been a member of the NSW Council for Civil Liberties and had represented them in court a number of times. He was also a member of the Australian Section of the International Commission of Jurists from 1963.

At the 1969 Federal Conference he had steered through a change of policy that guaranteed Labor support for the protection of civil and human rights and committed future Labor governments to legislate to prevent discrimination. As Attorney-General he helped establish the Australian Law Reform Commission and tried, unsuccessfully, to get legislation on a Bill of Rights. Yet, not unlike an earlier prominent jurist, Dr Evatt, his political judgement was sometimes questionable, as when he called in the Federal Police to search the offices of ASIO for documents that he believed existed.