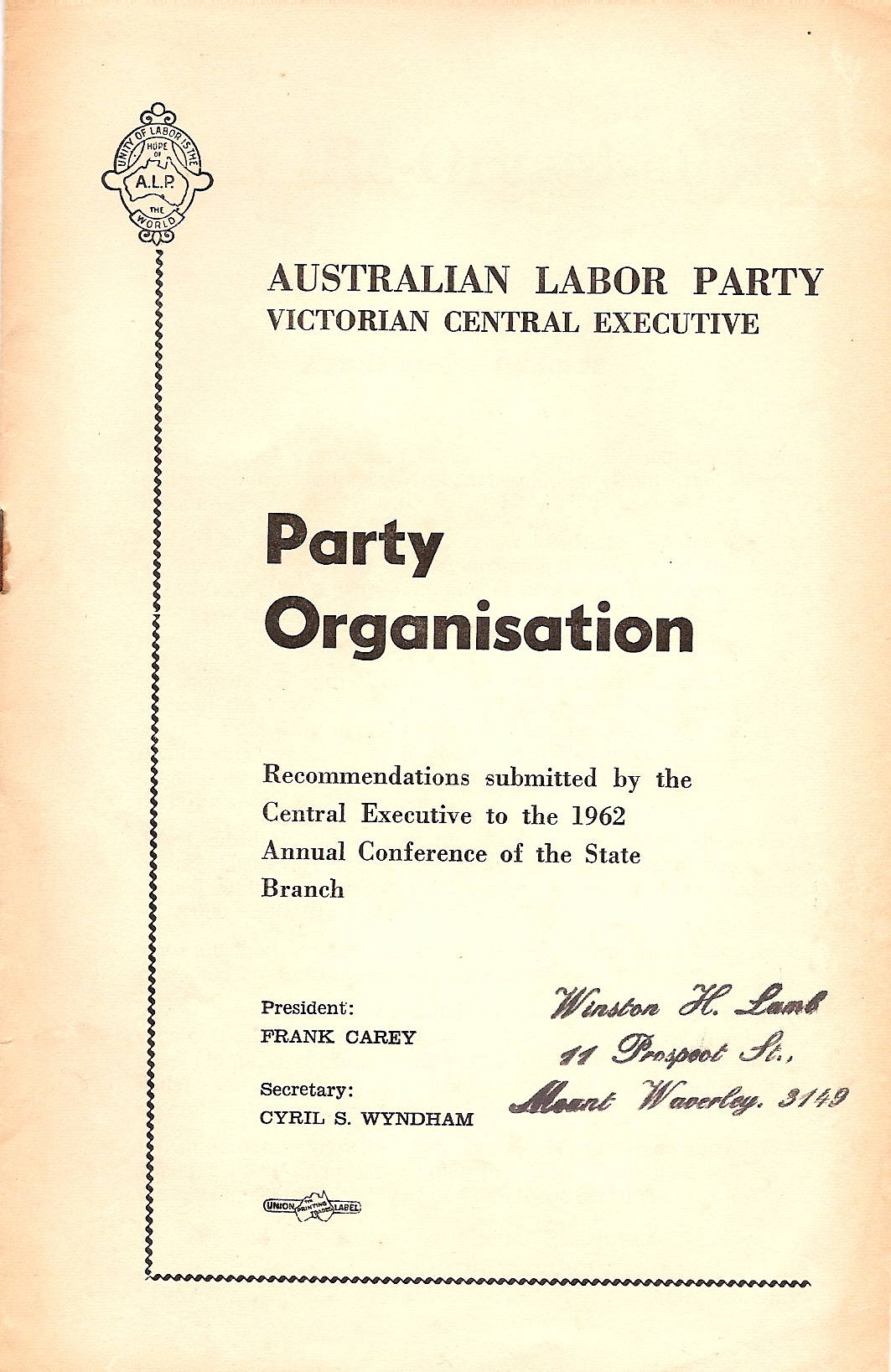 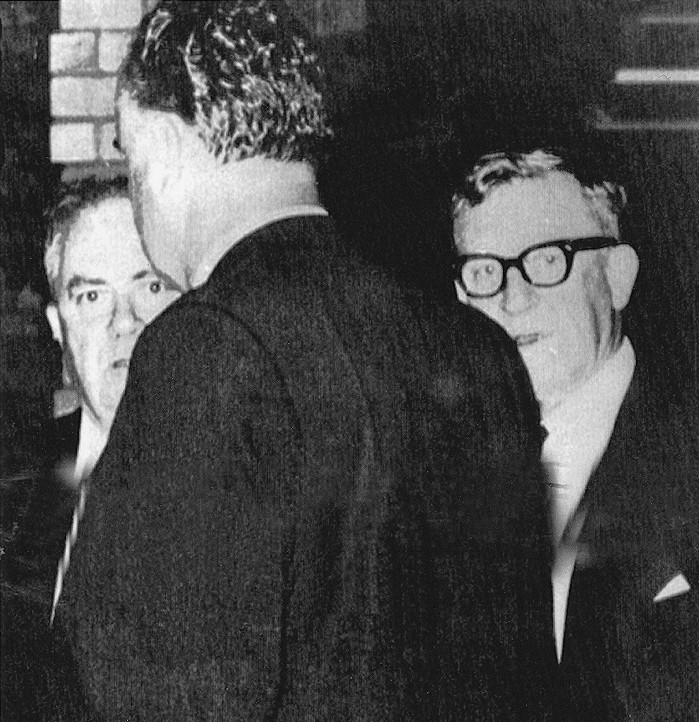 The socialist objective of the ALP, which had been modified a number of times in the past, most notably in 1921, was again tweaked to reflect the declining use of the term 'socialist' by members of the party, even those on the Left. In 1957 the Federal Platform introduced the preferred term 'democratic socialist'. In 1963 the Federal Executive appointed the Federal ALP's first full-time Secretary, Cyril Wyndham. This was an essential first step in the professionalisation of the party that would be needed to adjust to a changing world. At a state level, most party secretaries had been full-time salary officers for many years. In 1964, Caucus, frustrated by the electoral difficulties imposed by the Chamberlain Executive over the years, forwarded to the Federal Executive a recommendation that policy making should reflect a wider range of considerations. This request would become the basis for a major inquiry by the Executive into the party's structures, a review that would come to fruition within the next decade.

In 1965 the Federal Leader and Deputy Leader were made ex-officio members of all federal committees and of the Federal Executive and Conference with speaking but not voting rights. This helped to nullify the barbs about the 'thirty-six faceless men' that had been so damaging in the 1963 election. Within Caucus, the decision was made in 1965 to establish a Shadow Ministry so that more effective criticism of government policy and administration could be maintained.

An important development in the wider labour movement was the decision of the AWU in 1967 to affiliate with the ACTU. This helped to transform the ACTU from a fairly token body into a genuine, peak trade union organisation that could negotiate with governments and help resolve disputes between trade unions that were often needlessly disruptive. There were frequent disagreements between the Labor Party and the ACTU, especially when Labor was in government, but while Labor was in opposition it provided an important complementary source of attack on conservative governments. A dynamic young research officer and industrial advocate in the organisation at that time was Bob Hawke, who would become president of the ACTU in 1970 and help to further transform it.

All political parties need to appreciate that an effective party will find a good balance between a diversity of ideas and values that is necessary to keep adapting and finding good policies, and an image of solidarity that will encourage the electorate to trust it. On the one hand, disunity is death; on the other hand, diversity is necessary. In the 1950s the Labor Party at the national level was failing on both counts. The fundamental problem was the resolve of party leaders on both sides (the Groupers on the Right and later on the Left) to impose their will on the whole party. Another statement of the problem was the temporary loss of an ability to compromise. For many people the word 'compromise' has a negative connotation; politics would somehow be better if politicians did not compromise but practised what they believed. That could define a Santamaria or a Chamberlain. For the Labor Party, however, creative compromise between competing tendencies has always been the source of progressive policies. Indeed, compromise is the fundamental political skill in any democracy. The reform of the party which was about to be undertaken had to bring different voices in the party to listen to each other and once again find a common voice.