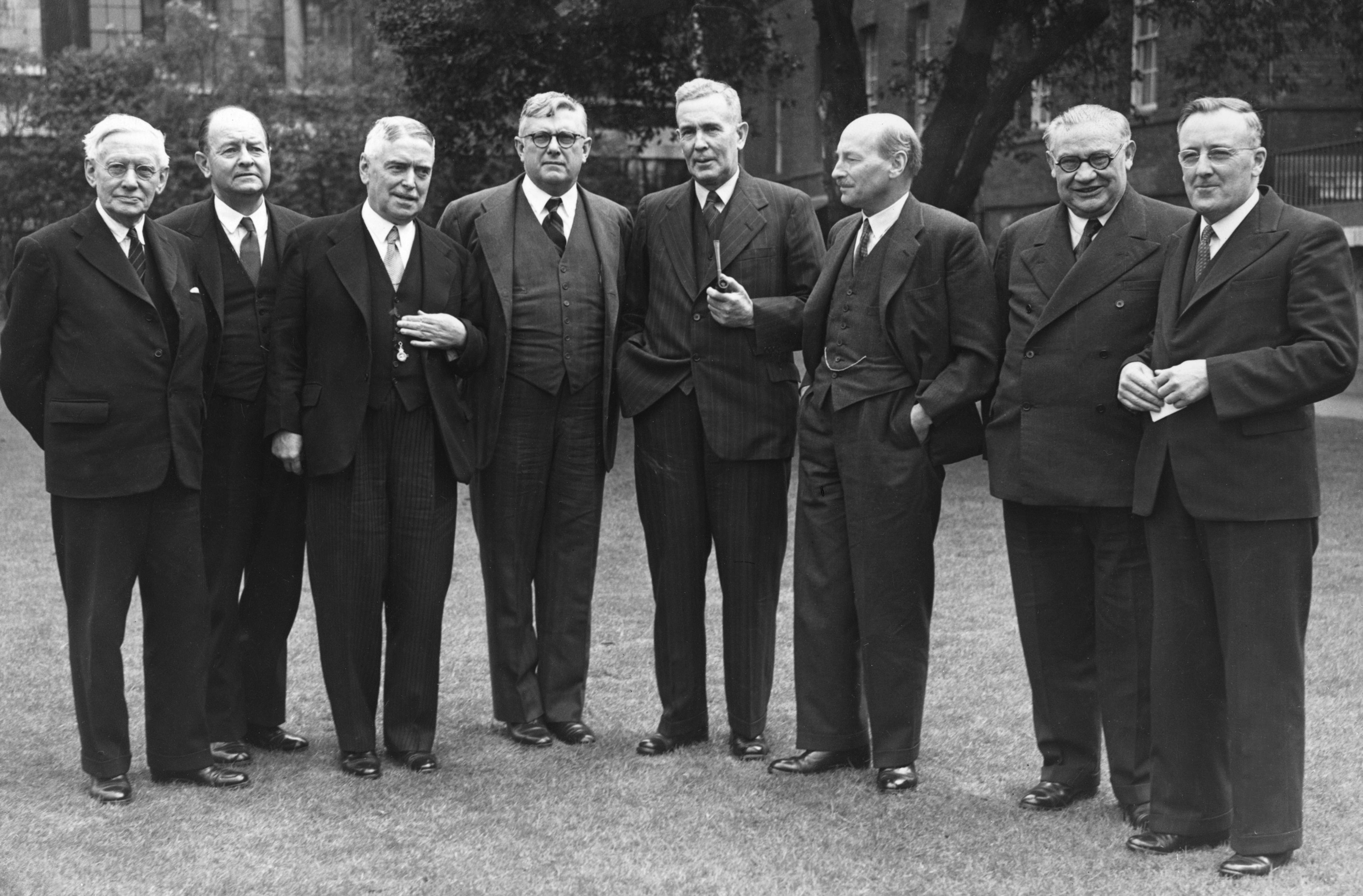 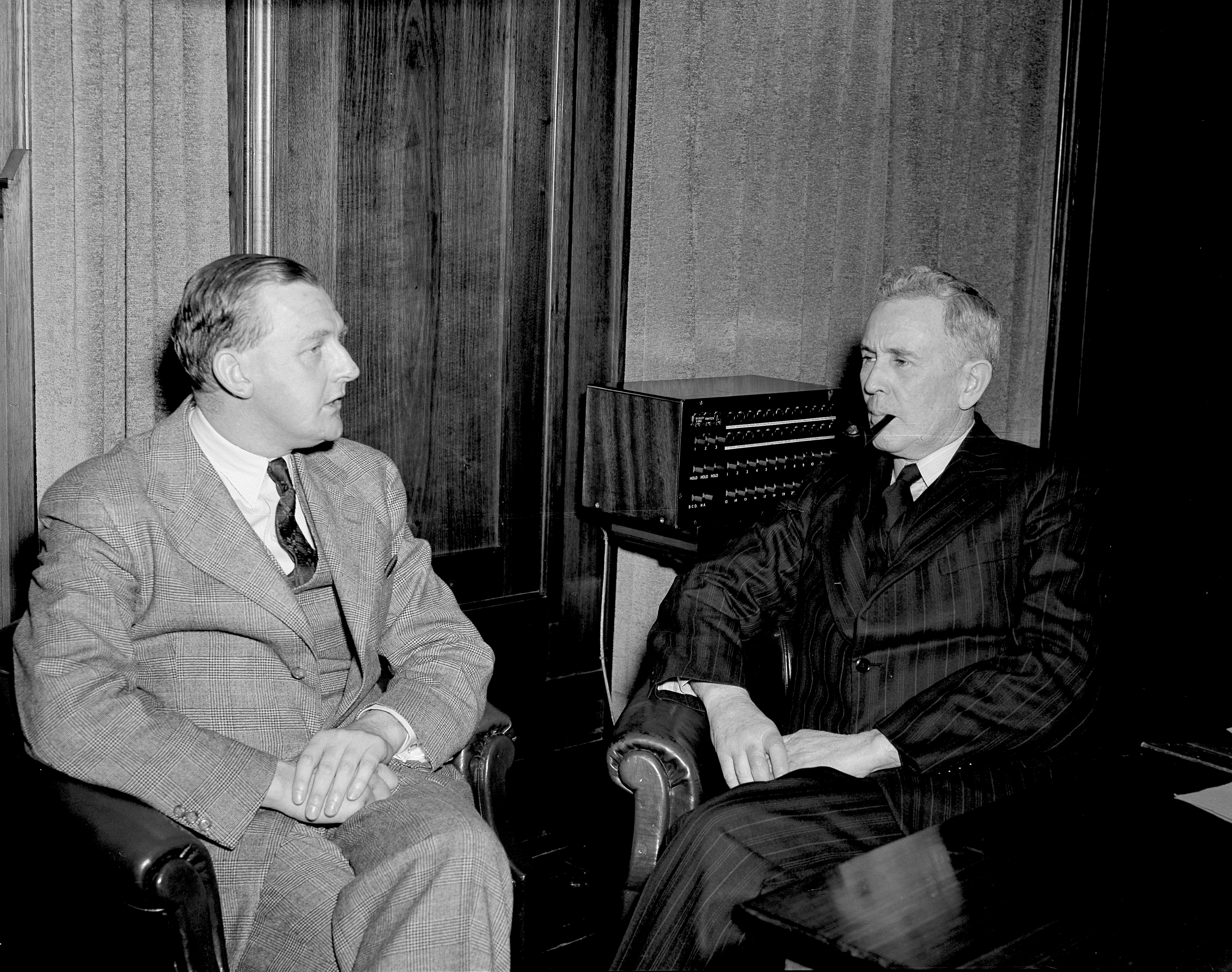 Prior to becoming Treasurer in October 1941, Chifley had already turned his mind to post-war reconstruction and the expanded role that government would have to play if a better world was to emerge from the conflict. Like many people around the world, he feared that the end of the war would see a great contraction of war-related economic activity and the consequent unemployment of many demobilised service personnel. He also feared a dangerous outbreak of inflation once the war was won, as people’s hoarded savings were spent on a limited amount of civilian goods.

Buoyed by the economic theories of John Maynard Keynes, Chifley was confident that government could step into the breach and save Australia from ever again experiencing the conditions of the Great Depression, while also averting the risks of runaway inflation. As he assured Australians in November 1943, the experience of running the wartime economy had equipped the government with ‘ways of controlling our affairs by which we can put an end to fear and of enforced idleness’. Unemployment and poverty could become things of the past, provided that the government was able to exercise the same powers in peacetime as it was doing during the war.

From its inception as a federal political party, Labor had wanted to strengthen the limited authority of the government so that it would have the power to improve the lives of ordinary Australians. But it had been thwarted by restrictive decisions of the High Court, obstructive moves by the Senate or the States and a cautious electorate that mostly refused to approve any referendum proposals along such lines. And the electorate did so again in 1944, when Chifley tried to extend the government’s wartime economic powers for five years after the end of the war.

Undaunted, Chifley pressed ahead in 1945 with moves to bring the private banks under greater control and to arm the government-owned Commonwealth Bank with more of the functions and powers of a central bank. This could be done by legislation, but it faced fierce opposition from the private banks, and in parliament from the conservative United Australia Party [later to become the Liberal Party]. But such powers were crucial to achieve Chifley’s aim of ending the economic cycle of booms and busts that had done so much damage in the past.

Allied to this was an historic commitment by the government to ensure full employment. Mass unemployment was no longer to be regarded as a normal part of life but as a scourge that could be avoided by adept government measures. Chifley set out these ideas in the 1945 White Paper on full employment, which made the achievement of full employment ‘a fundamental aim of the Commonwealth Government’. Adopting the economic ideas of Keynes, the government would calibrate its spending and public investment to ensure that, combined with the fluctuating levels of private expenditure, the total productive resources of the nation would always be fully utilised.

Chifley realised that his hopes for Australia’s future could not be achieved unless the world was also changed to allow for freer flows of trade and capital. The 1930s had shown what could happen when nations raised barriers against foreign goods or sought to secure resources by force of arms. A new world economic order based upon greater openness, stability and cooperation was required to secure the peace. For Australia, such agreements would provide easier access to much-needed foreign investment and new markets for its exports, including its increasing range of manufactured goods.

It was for these reasons that Chifley welcomed the agreement reached by Allied representatives at Bretton Woods in July 1944, which established a new framework for the post-war economic order. Among other things, it led to the formation of the International Monetary Fund and the forerunner of the World Bank. Some Labor MPs feared that the agreement would infringe Australia’s economic sovereignty, and Chifley had to fight hard to convince his colleagues that it was in Australia’s national interest to ratify it and thereby prevent a return to the economic warfare of the 1930s, that in turn set the stage for the Second World War.

Chifley believed that the future peace and prosperity of Australia required that it also had to be transformed. The nation of seven million people would need many more people to guard against any further threat of invasion. And a greatly expanded population, created by a combination of a higher birth rate and a mass immigration program, would require employment and educational opportunities and houses for families. Factories that had been devoted to war production would be transformed into civilian production. Aircraft factories were turned to the manufacture of Holden motor cars and a new national university was announced for Canberra, intended by Chifley to be a world leader in research. To provide power for some of these developments, Chifley announced the massive Snowy Mountains Hydro-Electric Scheme.

All these developments were carefully managed and timed so that they did not add unduly to the peacetime inflationary pressures. As both Prime Minister and Treasurer, Chifley ensured that the wartime rationing controls were relaxed gradually, so that the limited supply of civilian goods, ranging from food and clothing to building materials and cars, was fairly apportioned. Although this caused some public resentment, Chifley achieved his aim of promoting sufficient economic growth to provide jobs for the hundreds of thousands of returning service personnel, factory workers displaced from war work, and the shiploads of British and European migrants.