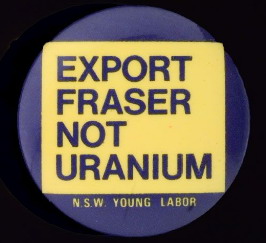 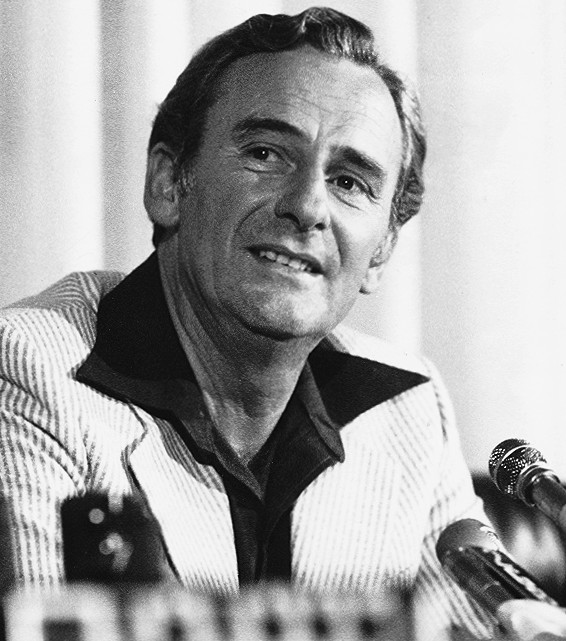 Whitlam remained leader after the electoral defeat of 1975, having lost much of the backbench talent in that loss. He defended his program and attacked the government for dismantling it, but he could do little against a Fraser government that had firm control over both Houses of Parliament. As the recession continued during Fraser's first term, the government saw some advantage in calling an election in December 1977 after only two years. Early in the campaign public opinion polls indicated the possibility of a Labor revival, but the election returned the Coalition with few losses, and still in control of the Senate. Whitlam stood down as leader and announced his retirement from politics. Bill Hayden, as expected, was elected leader.

Bill Hayden, the architect of the health reforms in the Whitlam government, and the final Treasurer in that government, was convinced that Labor had to devise policies that were economically responsible if it was to regain office. Hayden had served as a police officer before being elected in 1961 to the Queensland seat of Oxley. He had gained an Economics degree from the University of Queensland, and was unusual among Australian politicians in that he made no secret of his atheistic beliefs. He had been one of the obvious successes in the Whitlam Ministry, as Minister for Social Security pushing through the reforms to the health system in the Medibank legislation against determined opposition from the medical profession and the conservative parties. In 1975 he substituted for Jim Cairns as Treasurer, but had no time to put his stamp on that position before the government was dismissed. Had he been Treasurer from the beginning he could have moderated some of the problems of economic management that were at the centre of controversy. He was later nominated by the Hawke government to become the 21st Governor-General (1989-96).

As Opposition Leader, Hayden's instincts were to get Labor to retreat from proposing big spending national development projects and the use of the Commonwealth government as a pacemaker in social change. Consequently, although much of Whitlam's social agenda concern for migrants, Aborigines, women, the environment, urban renewal and human rights remained on the table, there was a need for a completely new set of policies that did not entail a reliance on government spending. Moreover, a new factor had entered into the political equation. Another political party, the Australian Democrats, had been created which competed with Labor precisely on many of the items on that social agenda. Don Chipp's new party, proclaiming its role 'to keep the bastards [in the major parties] honest' had its origins in the Liberal Party, but challenged Labor on its own turf of social reform. Moreover, at the 1977 election it had achieved two Senators, and by the 1980 election it would have five Senators and the balance of power.

Rather than emphasise policies, Hayden chose to highlight a new image of responsibility by Labor. There was some justification for this, since it was easy to chip away at Fraser's lack of success in reviving the economy. One aspect of this conservative failure was the high level of industrial dispute. Fraser had mocked the Whitlam government when the onset of the oil shock and high inflation in 1973-4 had resulted in a surge of strikes. Now, at the end of that decade, when inflation did not seem such a threat, the level of strike action was almost as high. Under the Fraser government this industrial militancy was driven not just by the trade union movement's desire to protect members' wages, but by a perception that the survival of the union movement itself was under challenge, as was being explicitly threatened in Thatcher's Britain. In that situation, strikes were likely to continue whatever the economic conditions. Hayden portrayed Labor as more likely to be able to bargain with trade unionists.

By moderating the image of Labor, Hayden was offering the electorate the good economic management that Fraser had promised but found difficult to deliver. Hayden's vision included the prevailing economic orthodoxy of reliance on the private sector rather than big government. This was designed to convince business that Labor was not its enemy and to convince the electorate that a softer approach than Fraser's tough confrontational style was likely to be more successful. On these matters Hayden had the full agreement of the leader of the dominant Right faction, and the Opposition spokesmen on energy, Paul Keating, who was firmly convinced that the next Labor government should not repeat the mistakes of the Whitlam government and should base its reputation on economic management. On international issues Hayden was careful to portray Labor as defending the US Alliance, while adopting a realistic stance to the Soviet Union in the cold war, which contrasted with Fraser's increasingly strident anti-Soviet positions that seemed to have little relevance to Australia's interests except to narrow the scope of national diplomacy.

After the 1980 election Malcolm Fraser continued to lose support in the electorate. He had won three elections promising to manage the economy efficiently and bring back the good times, and he had not done so. His task in this was made more difficult by…