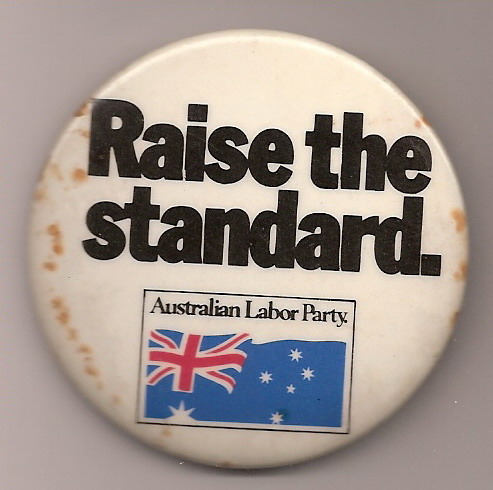 While the 1975 dismissal and the electoral defeat of the Whitlam government were crushing blows to Labor supporters, there were signs of hope at the state level. In South Australia the Dunstan government, in the Whitlam reforming mould, was in office throughout the 1970s. The Dunstan decade represented a major accomplishment for the Labor Party in a state that had always been very difficult for the party. In contrast, Labor always had a strong record in Tasmania, and for most of the 1970s the party held office under the conservative leadership of Eric Reece and Doug Lowe. The major development for the party was the strong win for Neville Wran in New South Wales at the 1976 election, which began a decade of Labor dominance in that state.

The disaster was in Queensland, where the Bjelke-Petersen regime was in full swing. Labor would have to wait till 1989 before the Wayne Goss government returned Labor to power. In Victoria and Western Australia conservative governments were in firm occupation that would not be broken until the early 1980s. John Cain led Labor to office in Victoria in 1982, while Labor led by Brian Burke won in Western Australia in February 1983. National elections always have an agenda distinct from state concerns, although there are often clear links. What seemed to be clear by the early 1980s was that the ALP, in office in a majority of the states, was in reasonable shape across the nation. It would depend upon the Federal ALP making its mark if it were to return to power.

At the Commonwealth elections in October 1980, Hayden led the Labor Party with some hope of success, although the huge majority of the Fraser government surviving from1977 made it unlikely. Fraser was becoming personally unpopular, and his policies were not working to revive the economy. Unemployment remained high, as did inflation, and frequent strikes, especially in industries like public transport, were very irritating. His Treasurer, John Howard, made few friends by becoming a champion of the 'drys' in the Liberal Party and pushing strongly for the government to give even greater freedom to market forces than Fraser would contemplate. Although Hayden was unchallenged in the Labor Party, he had clearly distanced himself from the vision for social change that had been associated with Whitlam. His media image was rather stodgy. To waken some spark of enthusiasm in the electorate, the campaign made extensive use of the charisma of leaders like Neville Wran from New South Wales and the ACTU's Bob Hawke, who was a candidate in the election for the Victorian electorate of Wills.

In a strong showing, Labor pulled back a great deal of support but not enough to win. There was a swing of more than 5% to Labor, and an increase in representation from 38 to 51 seats. The coalition still had a comfortable majority of the 125 seats in the House, but now a small swing at the next election would gain victory. An important consideration was the increase of talent that came into the parliamentary team. Among the new members was Bob Hawke, who for a number of years had been touted as a future leader of the party even before he entered Parliament.

Robert James Lee Hawke, nephew of a Labor Premier of Western Australia, had a brilliant university career at the University of Western Australia, where he gained Rhodes scholarship to Oxford and graduated with a law degree. Returning to Australia, he had polished his political skills as a research officer and, after 1969, President of the ACTU, where he had demonstrated an outstanding ability to bring warring parties in industrial disputes to the bargaining table, whether employers and unions, or (sometimes more difficult) in demarcation disputes between unions. He had little interest in ideology, declaring that he was uncomfortable with the term 'socialist', and always preferred the politics of pragmatism. He was also a superb television performer, combining aggression and a larrikin charm that made him the darling of the media and gave him great personal popularity. On election as Member for Wills, he was immediately promoted to the Labor front bench, as Shadow Minister for Industrial Relations, Employment and Youth.

After the 1980 election Malcolm Fraser continued to lose support in the electorate. He had won three elections promising to manage the economy efficiently and bring back the good times, and he had not done so. His task in this was made more difficult by…