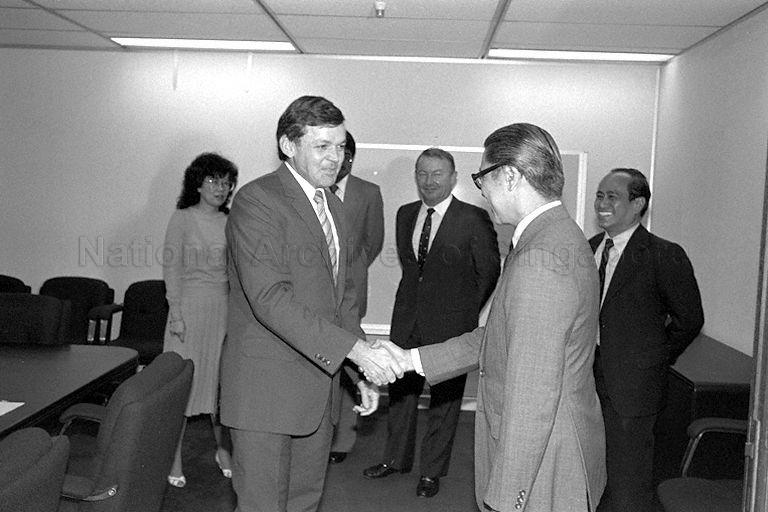 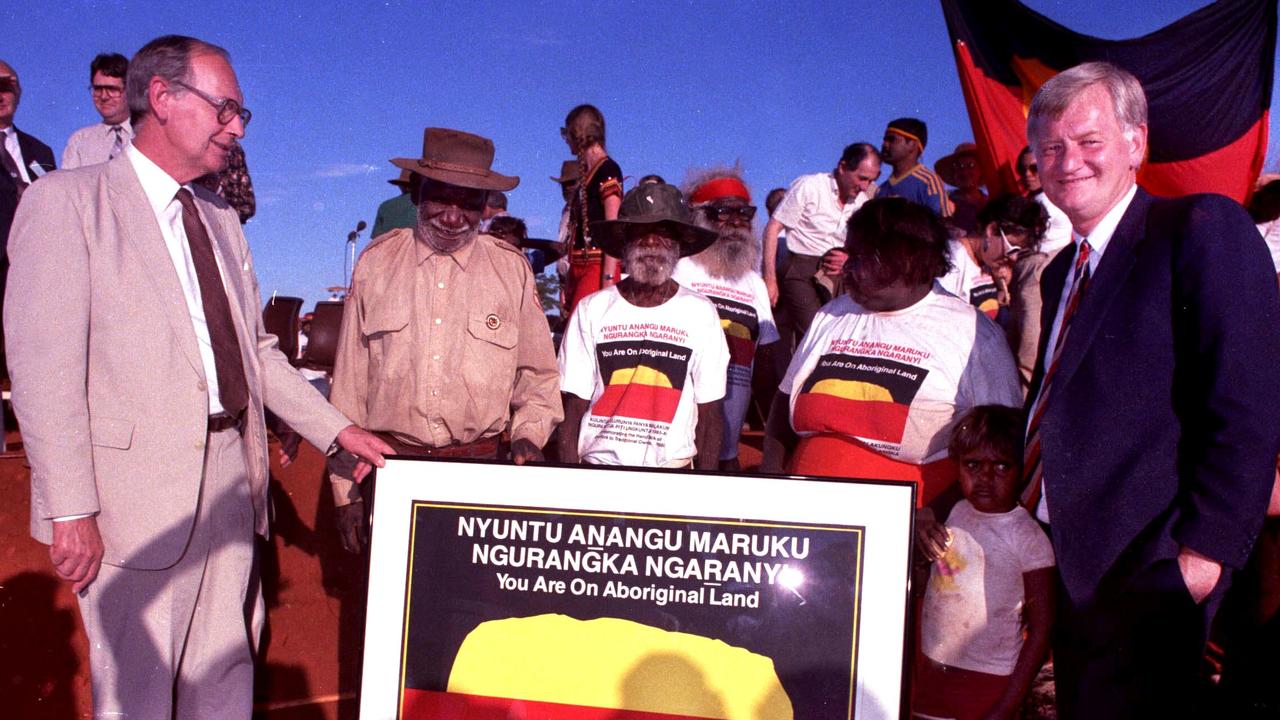 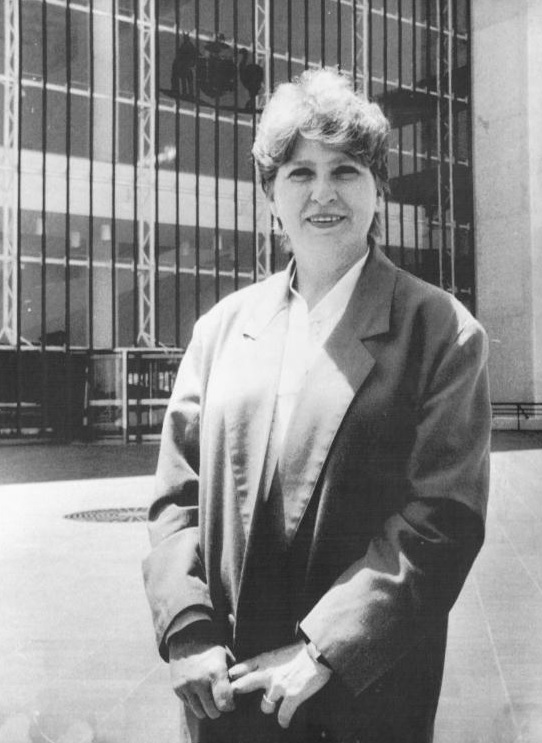 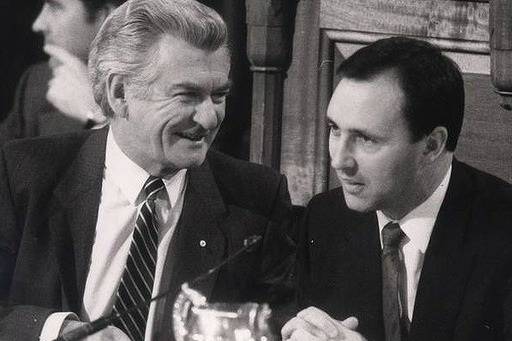 View original image
Hawke and Keating at the 1985 Taxation Summit

In the lead-up to the election, Labor had made two significant commitments in economic management. First, budget discipline would be framed by what Hawke called the ‘Trilogy’: that is, there would be no increase in taxation, government spending or the budget deficit, each as a proportion of GDP, over the following three years. Second, Hawke agreed, in the course of a radio interview and with minimal preparation, to convene a national summit on taxation.

The National Taxation Summit was duly convened in Canberra in July 1985, amid greater public scepticism and with a politically riskier agenda, than its predecessor, The National Economic Summit, in 1983. It was presented with a White Paper setting out three reform options. Option A included a capital gains tax, a fringe benefits tax and the elimination of tax avoidance loopholes that had turned the taxation legislation into Swiss cheese. Options B and C included all Option A proposals plus a broad-based consumption tax, set at 5% and 12.5% respectively. The consumption tax would replace the existing wholesale sales tax and would be partly offset by income tax cuts, with additional tax and welfare compensation for low-income earners.

Treasurer Keating vigorously championed Option C, railing against a tax system that, under the previous government, had been ‘broken and beaten by an avalanche of avoidance, evasion and minimisation’. But the proposal was opposed by business, state governments, welfare organisations and, critically, the trade union movement who regarded it as a pathway to certain defeat at the next election. Hawke agreed. Labor proceeded with the Option A reforms, including income tax cuts and full imputation of dividends – a significant set of reform initiatives. But Hawke’s decision, at the end of the Summit, to abandon Option C became a lasting source of tension with Keating.

Labor continued its program of legislative and administrative reform to combat discrimination against women. The 1984 Budget had included the first Women’s Budget Statement. The Affirmative Action (Equal Opportunity in Employment) Act 1986 promoted equal employment opportunity for women in the private sector and universities. And 1988 saw the launch, after three years of consultation, of the National Agenda for Women, ‘A Say, A Choice, A Fair Go’ – a comprehensive agenda which among other initiatives provided funding for community education on domestic violence. In 1987, the Hawke Government appointed Mary Gaudron as the first female judge of the High Court.

The HIV/AIDS epidemic had emerged as a significant health crisis by the mid-80s, and was used by many conservatives to stigmatise communities at high risk of infection, especially gay men. Neal Blewett, Labor’s Health Minister, led a coordinated evidence-based response by government policymakers, medical professionals, health researchers, the gay community and others. The resulting programs of prevention, treatment, research and public education - including a memorable TV ad, ‘Grim Reaper’ - helped halt the spread of the disease.

The Hawke Government arranged for Uluru and surrounding areas to be handed back to their traditional Yankunytjatjara and Pitjantjatjara owners; the ceremony, by Governor-General Ninian Stephen, was boycotted by Opposition Leader Howard. Labor failed, however, to deliver on its promise to legislate a nationally uniform system of indigenous land rights. This was largely due to inflexible opposition by the Burke Labor state government in Western Australia, which feared an electoral backlash, and to vociferous, racist and divisive campaigns by conservative politicians and the mining industry.

In foreign affairs and defence, the Hawke Government faced a sharp outcry in February 1985 over revelations that the Prime Minister had agreed to Australia providing support for the United States testing its proposed MX missile. While the actual support offered was relatively minor – landing rights for US planes monitoring splashdowns of the missile in international waters off Tasmania - many within the party and the public saw it as excessively secretive and obsequious, and contrary to Labor’s commitment to disarmament. Such perceptions threatened support for the broader US alliance and the ANZUS treaty, already under pressure from New Zealand’s ban on hosting nuclear ship visits. They were only assuaged when US Secretary of State George Shultz withdrew the US request for Australian support.

While New Zealand’s participation in ANZUS remained limited, Australia’s alliance with the US evolved to a more bilateral arrangement; Foreign Minister Hayden and newly-appointed Defence Minister Kim Beazley participated in 1985 in the first of what became annual AUSMIN talks with their US counterparts. Beazley commissioned security analyst Paul Dibb to review Australian defence capabilities. The subsequent Defence White Paper (1987) explicitly prioritised the defence of Australia as the basis for self-reliant defence planning within the context of the US alliance.

Labor continued to reduce budget deficits while delivering, through the Accord, social wage offsets that helped improve real outcomes for workers and the less-well off. Delivering a pared-back budget deficit in the 1985 Budget, Keating declared Australians could ‘set their sails for growth’.

With two of the original architects of the Accord, Industrial Relations Minister Ralph Willis and ACTU Secretary Bill Kelty, a new phase of the Accord was negotiated, in which wage restraint was traded-off for income tax cuts. At the same time, unions – with government support - negotiated a 3% productivity increase which would be paid by employers to employees. But in a major structural innovation, the increase was paid not as income, but as superannuation contributions to be paid out on retirement. Non-profit industry superannuation funds were established, under joint union and employer control, to manage these funds. This enduring reform simultaneously achieved wage restraint, built a nest egg for workers who previously had no access to superannuation savings, eased the future burden on age pensions – all while creating a substantial new pool of savings available for long-term investment.

Yet falling commodity prices and a weakening dollar were pushing the current account deficit to dangerous levels, placing further pressure on government spending. In a radio interview following the release of poor current account data in May 1986, Keating dramatically declared Australia risked becoming a ‘banana republic.’ Financial markets, still experimenting with the freedoms of deregulation, responded by slicing another 3 cents off the value of the $A, sending shock waves through the community and alarming Hawke, who was in Tokyo en route to Beijing on official visits.

Hawke addressed the nation in June, on his return to Australia, emphasising that Australia could not live beyond its means, but promising that Labor would achieve the necessary economic adjustments fairly or, as he put it, through ‘restraint with equity.’ Amid Budget preparations in July, the dollar fell by another 10%, hitting a low of 57.15 US cents. Cabinet saw no alternative but further cuts in outlays; the 1986-87 Federal Budget contained a zero real increase in spending and a deficit of just $3.5 billion.

Again, the Accord ensured that devaluation did not flow through to inflationary wage increases; throughout the current account crisis, employment continued to rise. With the timing of the next federal election already under consideration, Labor embarked on further spending cuts and an early tranche of asset sales. These were agreed by an Expenditure Review Committee now strengthened by the inclusion of the Left’s Brian Howe, and announced by Keating in the May 1987 Economic Statement or mini-budget.