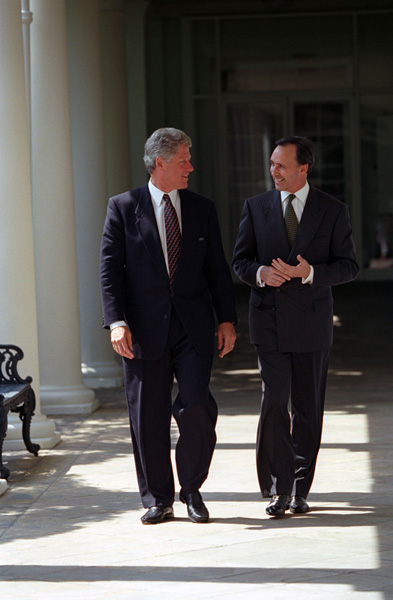 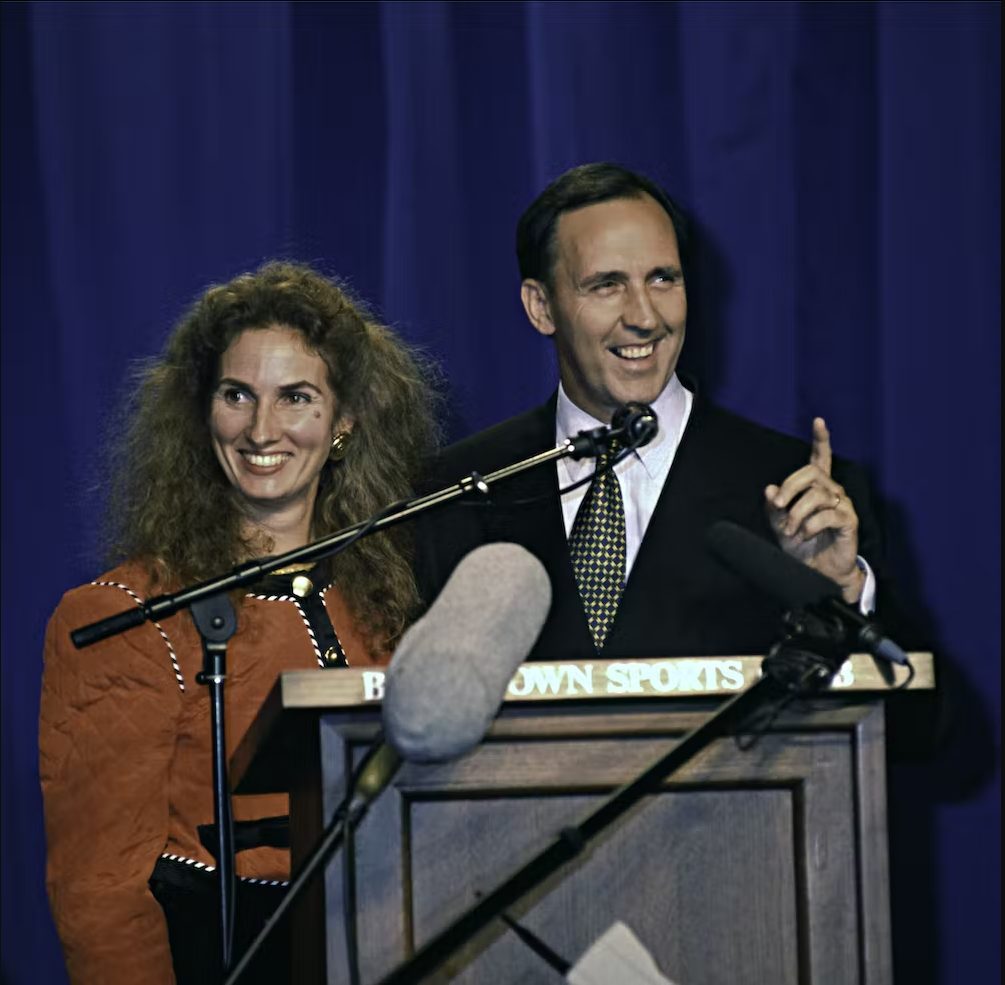 Claiming victory on election night at Bankstown, a jubilant Keating declared it was ‘the sweetest victory of all – one for the true believers.’ Labor supporters rejoiced, while Coalition strategists and media doomsayers ate their words. Celebrations continued through to a ‘True Believers’ Ball,’ a glitzy black-tie party held in the Great Hall of Parliament House. Three years later, images of the ball appeared in coalition campaign advertising, to illustrate the claim that Labor was out-of-touch with mainstream voters. Ministerial retirements allowed a reshuffle; of the 26 men and one woman sworn in to the first Hawke ministry, only five now remained: Kim Beazley in Defence, Treasurer John Dawkins, Gareth Evans in Foreign Affairs and Trade, Ralph Willis in Finance, and Keating himself.

The Australian economy remained in poor health. Growth was slow and unemployment remained stubbornly high, around 11%. This subverted Keating’s bullish campaign language, and presented the government with a profound dilemma. The ‘One Nation’ statement had promised tax cuts, which had been subsequently legislated, as well as deficit reduction; but the post-election advice was that these outcomes were no longer possible. Keating and Dawkins bowed to the inevitable, and in the 1993 Budget delayed – in effect, cancelled - the second tranche of tax relief. This damaged the government’s credibility.

Despite this unpromising start, Labor under Keating had not lost its taste for sweeping and contentious micro-economic reform. The government’s focus now was on the venerable Australian institution of centralised industrial arbitration and wage fixing - the very system that had underpinned the Accord. It had become apparent that shifting bargaining on wages and conditions down to the enterprise level would provide a more direct route to productivity gains and low-inflation competitiveness with our trading partners.

The shift in approach ensured unions would retain a vital role in the workplace, provided an oversight role for the Industrial Relations Commission, and sought to protect vulnerable workers through the social safety net – but unions were unimpressed nonetheless. Meanwhile, following a green paper on employment, Keating’s Working Nation statement (1994) allocated $6.5 billion over four years to create a new generation of training and job creation programs for long-term unemployed; these were funded by the sale of domestic airports.

In another far-reaching reform, Labor moved to promote productivity and efficiency through increased competition in the domestic economy. Following a lengthy review, including a 1995 report by academic and businessman Professor Fred Hilmer, and consultation with state governments, Labor extended Trade Practices law at the federal level – with complementary template legislation passed by the NSW government at the state level – to include government enterprises: this ensured competitive neutrality between public and private sector businesses, and guaranteed universal access to government infrastructure such as roads, water and energy.

Keating also delivered a policy statement devoted to the cultural sector. Building on Whitlam-era achievements in establishing the Australia Council, Creative Nation (1994) encompassed film, radio and libraries as well as more traditional concepts of artistic practice. In recognition of the sector’s contribution to growth and jobs, it sought to put culture at the centre of economic and social decision making.

An Evolution in National Identity

Paul Keating's 1994  Creative Nation cultural policy reflected a broader sweep of his leadership as Prime Minister. Alongside the economic reforms, Keating confidently embarked on a series of reappraisals and enlargements of Australia’s national identity, values and place in history. His speech at the Australian War Memorial on Remembrance Day in 1993, marking the return to Australia of ‘the Unknown Soldier’ from the battlefields of the first world war, was memorable and unifying: ‘He is all of them. And he is one of us.’ He pursued what he called ‘big picture’ reforms, designed for a country more independent and confident in expressing its contemporary character and role in the world.

This was best exemplified in Keating’s response to the High Court’s decision in Eddie Mabo’s case. Keating grasped the implications of this historically transformative decision: the Court had delivered justice to Eddie Mabo but it was now up to parliament to embed this new principle in legislation. The Native Title Act was negotiated and passed by mid-1993, Gareth Evans playing a tireless role in securing Senate support. The Act recognised and protected native title and set out mechanisms for determining claims. Coalition politicians and the mining industry reprised their vicious scare campaigns from a decade earlier, telling voters their country, even their backyards, were vulnerable to native title claimants. A new Liberal state government in Western Australia actually legislated to extinguish native title. The High Court upheld the validity of the federal Act in 1995, thereby overturning the WA legislation.

Likewise, Keating proceeded with his election promise to work towards an Australian republic, in which the monarch was replaced with an Australian head of state. After lengthy consultation and an advisory board report, Keating told Parliament in June 1995 there would be a referendum before 1999 on what became known as the minimalist model of a republic. In this model, a president of the Commonwealth of Australia would be elected by a two-thirds majority of a joint sitting of Parliament, on the nomination of the Prime Minister and government of the day. He concluded: ‘We are all Australians. We share a continent. We share a past, a present and a future. And our Head of State should be one of us.’

Internationally, Keating continued to promote the evolution of APEC into a leaders’ meeting. His efforts, with US President Bill Clinton, found success in Seattle in 1993. The second APEC Leaders’ Meeting, convened the following year by Indonesian President Suharto, reached a landmark agreement to achieve regional free trade and investment by 2020. That leaders’ declaration, issued at Bogor in Indonesia, was confirmed and elaborated in Osaka in 1995. Bogor also enabled a step towards a, purely bilateral, milestone in Australia’s relationship with Indonesia: the Australia-Indonesia Security Agreement of 1995. This comprehensive agreement was conceived and negotiated directly by Keating with President Suharto, with whom the Labor leader developed a warm personal relationship. The agreement effectively reprioritised Australia’s views of the region and the wider world, and galvanised regional affairs.

The surprise announcement of the agreement also shook up the domestic electoral environment, demonstrating that, even after twelve years in office, Labor remained an energetic source of new policy responses to changing circumstances. Keating could also argue that low inflation had at last been squeezed out of the system in line with the Reserve Bank’s new practice of targeting inflation within 2-3% over time. National savings were also strong thanks to the ever-expanding nest-egg of superannuation. Further policy statements on the environment and innovation were well-received. But economic growth remained slower than promised, and unemployment, now falling, still seemed stuck above 8%. Labor trailed in the polls when Keating called the election for 2 March 1996.

Labor’s campaign was built around the slogan of ‘Leadership,’ reinforcing Keating’s recognised strengths as Treasurer and Prime Minister. Meanwhile the Liberal Opposition, having dispensed with an unrepentant Hewson as leader in May 1994, and an incompetent Alexander Downer the following January, had thrown a lifeline to a determined John Howard.

After promising too much in ‘Fightback!’, the Opposition under Howard offered very little; a series of so-called ‘headland’ speeches gave few clues about policy. Howard also exploited public fatigue with economic reform and national identity by proffering the vision of Australians ‘comfortable and relaxed about their history, about the present and about the future.’

On election day, Labor’s primary vote fell to 38.8% and the party won only 49 seats. Labor’s vote was hardest hit in Western Australia, South Australia and Queensland, where the seat of Oxley, once held by Bill Hayden, fell to a populist, disendorsed Liberal, Pauline Hanson. At Bankstown once more on election night, acknowledging the ‘underlying view that the Government has been in office a long time,’ Keating conceded defeat.

Other topics in The Keating Years

The Baton is changed

The Australian Labor Party celebrated its centenary in June 1991 at a national conference in Hobart. It pledged itself to hold a referendum, before the centenary of Federation, to make Australia a republic, and to legislate indigenous land rights. Keating supporters had seen the conference…