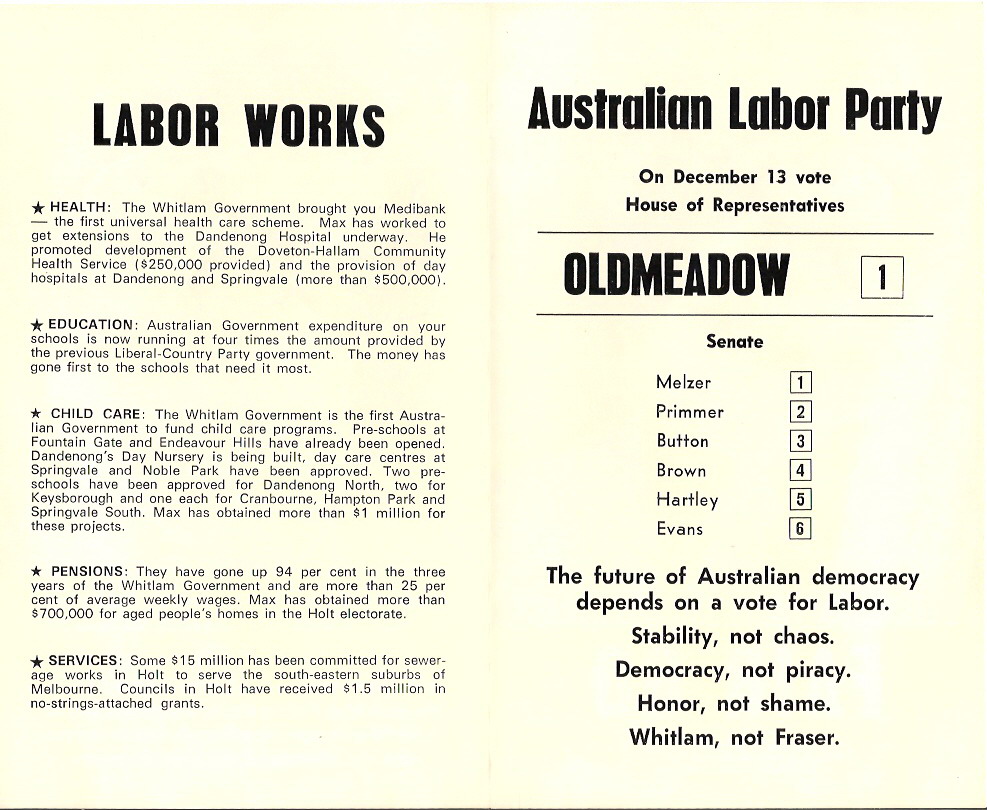 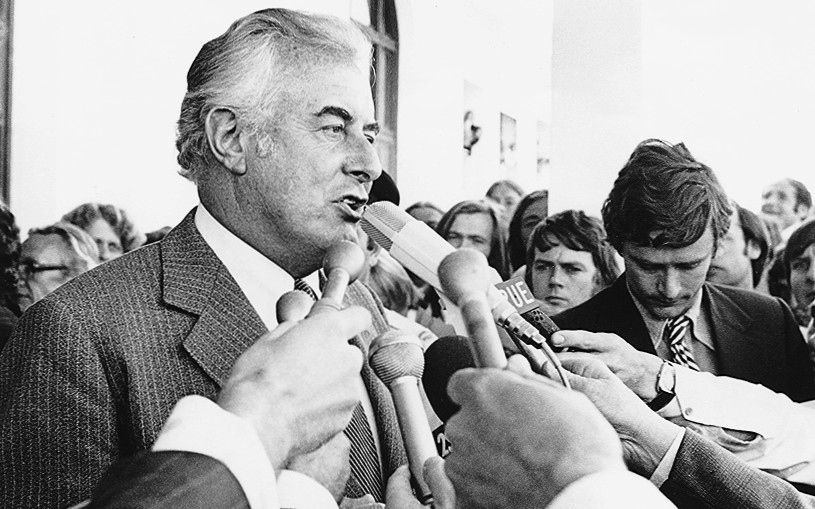 By mid-1975 Malcolm Fraser determined that the economic management of the Whitlam government, and the alleged scandals of the loans affair, provided justification for using the Senate to deny supply to the government and force another election. For his part, Prime Minister Whitlam maintained that an elected government should be entitled to govern, and that the Senate should be forced to back down. With the assistance of Coalition governments in Queensland and New South Wales, who replaced retiring or deceased Labor Senators with anti-Labor nominees, the Senate became even more difficult for the government. After months of political confrontation between the two sides of politics and the two Houses of Parliament, the constitutional and political deadlock was broken by Governor-General John Kerr who, on his own authority, dismissed Whitlam, appointed Fraser as Prime Minister, and insisted upon an early election.

The 1975 election was one of the most divisive in Australian history. Labor stressed the undemocratic nature of the dismissal, the abuse of long-standing constitutional conventions, and the refusal of the Coalition to accept the political mandates of the 1972 and 1974 elections. The Coalition pointed to the deteriorating economic state of the nation and the loans affair. Although there was enormous enthusiasm among Labor supporters in the campaign to defend the achievements of the Whitlam government it was not enough to win the election. Fraser won a convincing victory, installing a Coalition government that was always regarded by a large section of the Australian population as devoid of legitimacy.

The Whitlam government did change Australia, and in most ways for the better. Most of the key reforms were continued, even if seriously diminished, by the Fraser government. The Schools Commission and the Medibank system of health insurance were maintained, although pushed in new directions. Fraser surprised many on his own side of politics by espousing the policy of multiculturalism that had so changed Australians' perception of their own society. Nevertheless, in many ways the Whitlam government was flawed. One problem was the chaotic process of decision making, built on a Cabinet that included all 27 Ministers, which resulted in bitter infighting and behind-the-scenes deals (of which the loans affair was only the most spectacular). Some of the most senior Ministers were most to blame. Another problem was a strained relationship with the trade union movement, which refused to agree to controls over prices and incomes that the government saw as necessary to control inflation. There were many excuses for the government: the economic decline was worldwide, and not the fault of the government; the Opposition, with control of the Senate, never allowed the government to govern; much of the public service refused to cooperate and leaked like a sieve; perhaps the constitutional crisis would have been resolved within days without the intervention of the Governor-General. Sadly, excuses don't count for much in politics.

One political consequence of the three years of the Whitlam government was the lesson apparently learned by Labor leaders who were to follow. The concerted attacks by Labor's enemies on the supposed lack of economic responsibility helped to shape the direction taken by Hayden, Hawke and Keating to present an economic management style that would be beyond criticism. The difficulties that Whitlam had met in trying to get the cooperation of the trade union movement were also seen as hindrances to the success of any Labor government. Bob Hawke, who as leader of the ACTU had opposed the government's attempt to get control over prices and incomes, made very sure that a cooperative partnership with the trade union movement would be the top priority when he became Prime Minister. The Accord of the 1980s was simply a better mechanism to achieve the moderation in wage demands that Whitlam had sought in the 1970s.

The campaign for the election eventually called for December 1972 was the most professional, long running, and media orientated that Australia had seen to that date. It reflected the reorganisation of the party's extra-parliamentary machinery, as it reflected the parliamentary leadership of Whitlam. A change…