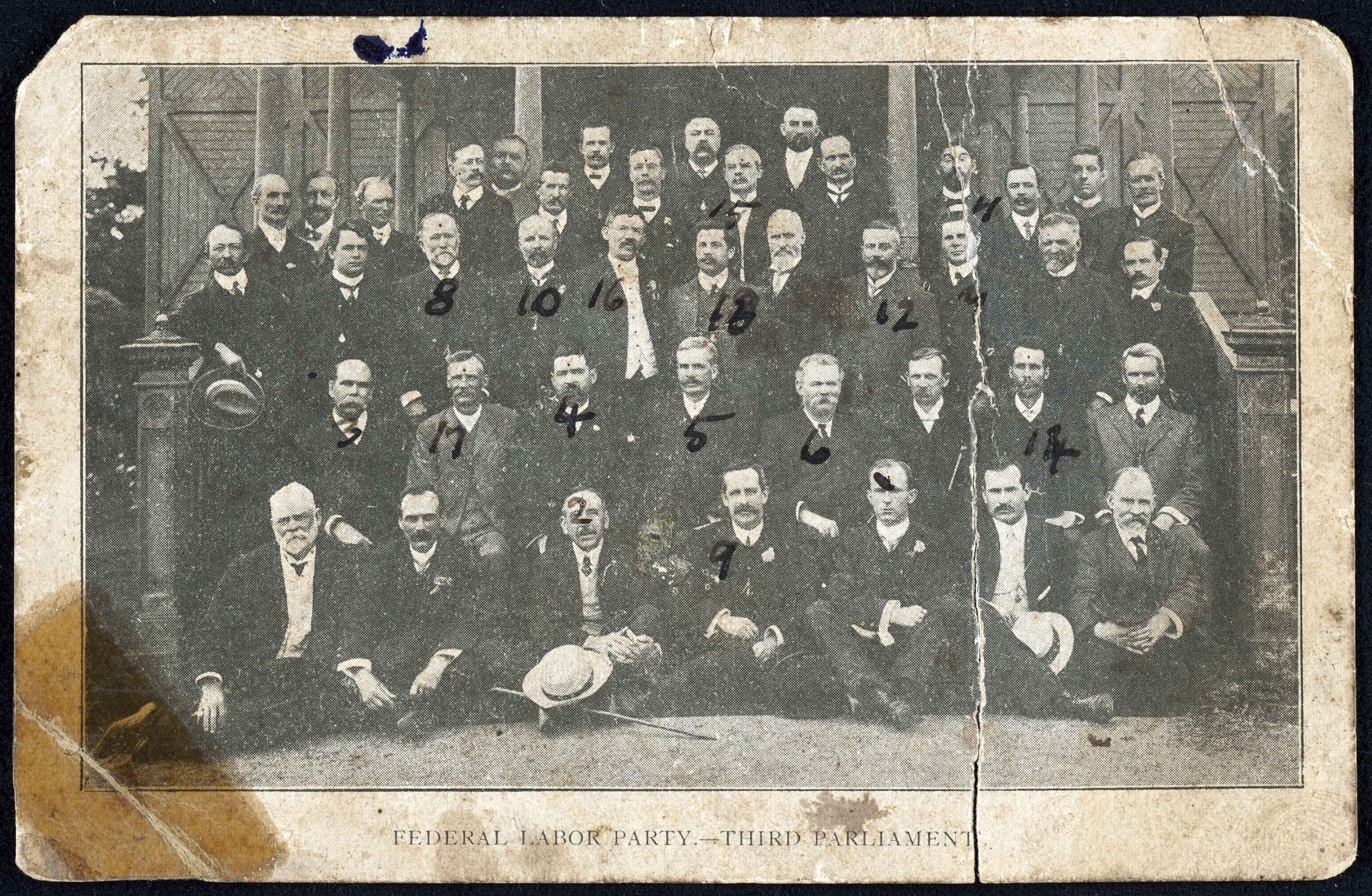 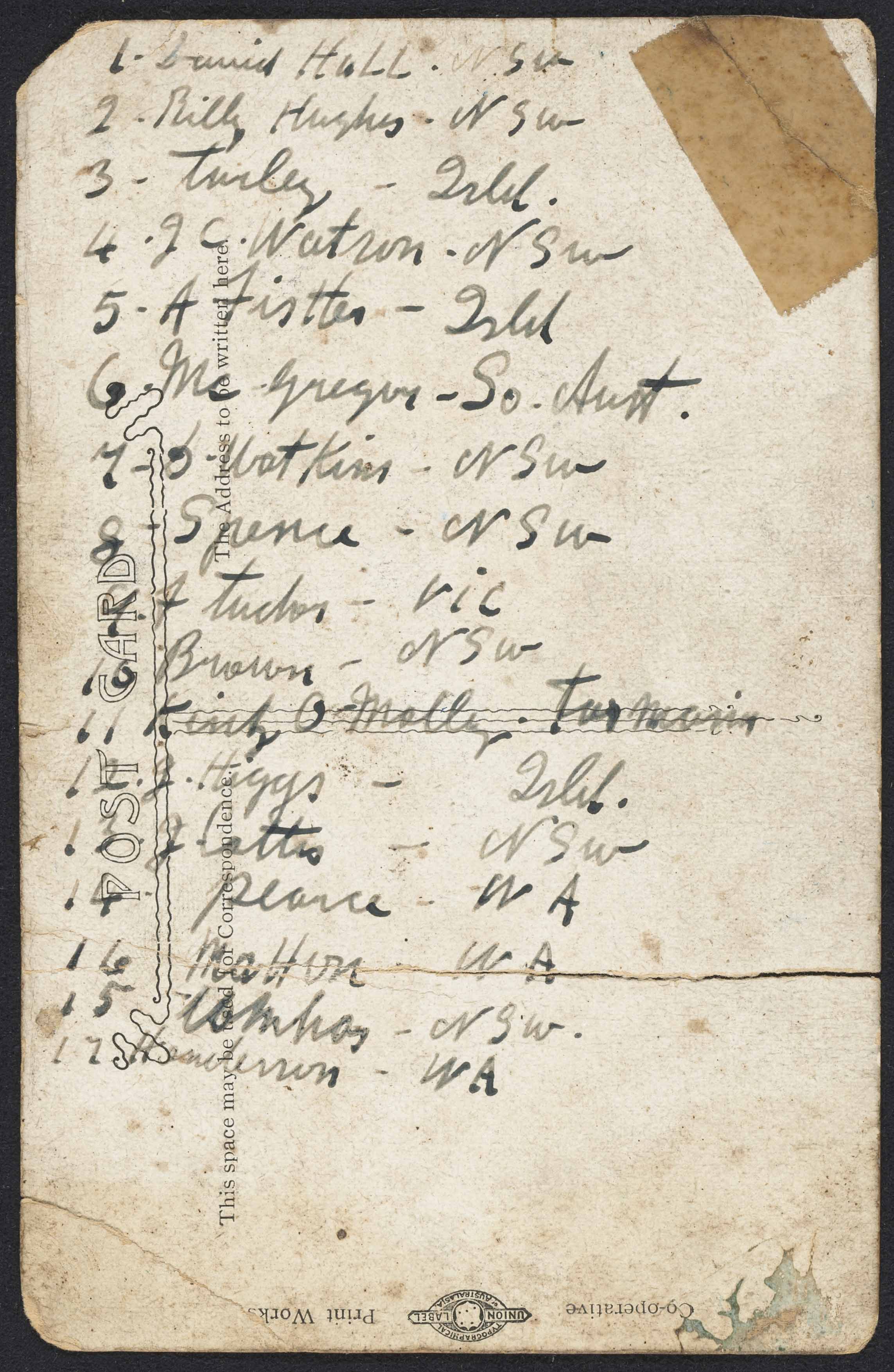 On the other side of politics the first Labor Party tenure of office had accelerated the pressures on the conservative parties to form some kind of fusion. The fiscal issue was not enough to form the basis for a modern political party, especially as not even most Free Traders were serious in wanting to dismantle an established system of protection for Australian industry. George Reid was already redefining the Free Trade party as 'anti-socialist', an admission that Labor was the real rival to the conservatives. A two-sided system was within sight. In August 1904 Reid put together a coalition of Free Traders and Protectionists, but without Deakin who still had some support from Labor. Reid survived for eleven months, to be replaced by another minority Deakin Ministry in July 1905. The elections in December 1906 left the party situation in Parliament unstable, although relative positions had changed. Labor improved its position slightly, to become the second largest party when Deakin's Protectionists lost support. Labor maintained its support for Deakin's administration, seeing Reid's Anti-Socialists as the main enemy. However, Deakin could not hope to satisfy Labor's demands for industrial and social reforms indefinitely so that it was no surprise when new Labor Leader Andrew Fisher withdrew support in November 1908.

Fisher formed the second Labor Government on 11 November 1908, after Caucus had elected the Ministry. Like Watson's Ministry of 1904 this was a minority Government, dependent on the support of one or other of the fiscal parties. Significant reforms effected in this short time included extending full political rights to Commonwealth public servants, determining Canberra as the national capital, giving preference to the establishment of an Australian Navy over continued complete reliance on the Royal Navy, and providing incentives for the production of iron and steel. Fisher also committed his party to hold a referendum in order to give the Commonwealth power over wages and prices, as well as industrial relations and other economic competencies. When this became formal party policy at the Brisbane Federal Conference in 1908 it put Federal Labor on a collision course with NSW Labor which opposed such a transfer of powers.

The Fisher Ministry survived for six and a half months (much of which was the long parliamentary recess) until Deakin was finally able to arrange a union of Protection and Free Trade to form a united Fusion or Liberal Party. This reflected the realisation of the two fiscal parties that their separate identities left them too vulnerable to a Labor Party that was in the ascendant. In May 1909 the new conservative party brought down the Fisher Government, and Deakin was installed to take the Liberals to the next election against Labor.

The effective formation of a two-sided party system, along with demonstrated competence of the Labor Party in government and opposition resulted in a strong surge in Labor party fortunes at Federal and State levels around this time. A widening of the electoral base of the party was making it possible to win a number of city seats that had not previously been possible. White collar workers were increasingly incorporated into the trade union movement clerks, shop assistants, public servants, municipal workers resulting in a certain 'middle classing' of the labour constituency. The increasing allegiance of Catholics to the party also intensified that trend, especially after Cardinal Moran downplayed the threat of Labor's brand of 'socialism'. Female suffrage, which initially had seemed to favour the conservative parties, increased the appeal of some of Labor's social reform program.

As the very existence of the Watson and Fisher Labor administrations had produced a boost in the acceptance of Labor, so there was a reinforcing effect as the Labor Party improved its electoral prospects at State and Federal level. There was a coalition Labor-Liberal Government in South Australia from 1905 to 1909, a Labor Government in Western Australia (1904-5), and a very brief Labor Ministry in Tasmania (October 1909), while in 1904 Labor became the main opposition party in New South Wales. By 1909, even after Deakin's Fusion Ministry deposed the Fisher Ministry, there was great confidence in the party that it could win office federally in its own right.

The answer was revealed within months. In the debate on the Government's Conciliation and Arbitration Bill, Deakin refused to accept a Labor amendment, and treated the ensuing vote (which was defeated by the combined votes of Free Trade and Labor) as a vote of confidence.…