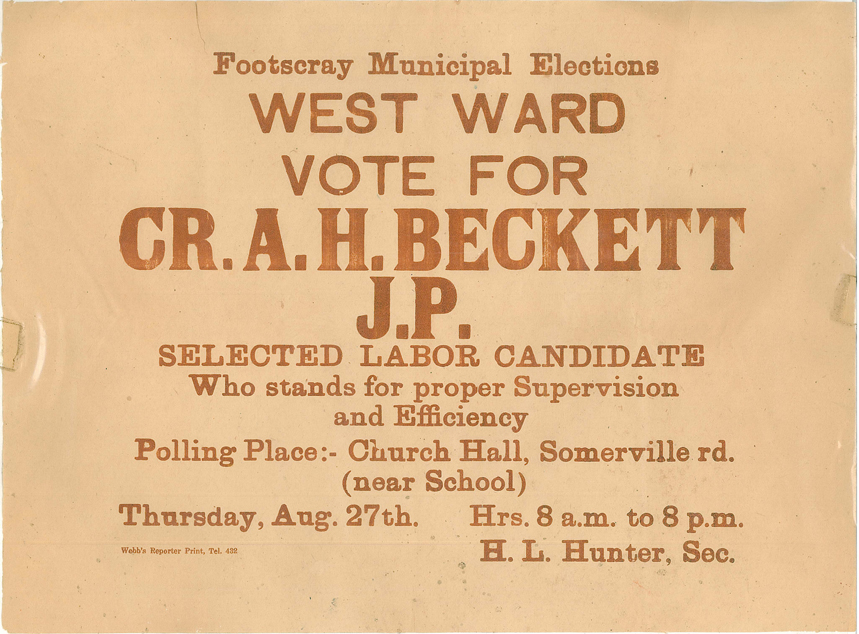 At a State level there were encouraging signs of revival. In an era before the Commonwealth was willing to take a leading role in social issues such as social welfare, education and health, much of the Labor agenda could only be implemented by State governments. In Queensland the party had survived the conscription split, and the governments of TJ Ryan (1915-19) and EG Theodore (1919-25) struggled against entrenched institutional conservatives, eventually accomplishing one of the dreams of party faithful by having the Upper House abolished in 1922. One of the achievements in the municipal socialist program was the creation of the Greater Brisbane Council in 1925. Both Ryan and Theodore moved on to the Commonwealth Parliament, where it was hoped that their achievements could help drive the agenda of the Federal Labor Party.

The most significant developments, however, were in New South Wales, always the heartland of Australian Labor. To win office in 1920 less than four years after such a cataclysmic split was a remarkable achievement for the party led by John Storey, who was succeeded by James Dooley on Storey's death. After losing the 1922 election and experiencing disruptive factional warfare, the party was led back to office by Jack Lang in 1925. He formed a political alliance with a group of militant unions centred on the Miners' Federation in order to protect his position against the AWU. Out of this concern came a decision of the State Conference in 1927 to protect Lang from leadership challenge the so-called 'Lang dictatorship' that gave him an effective buffer against Caucus dissent.

John Thomas Lang, a former real estate agent without a trade union base, became leader of the NSW Labor Party in 1923. He was a man of contradictions. Tall and heavily set, the 'big fella' as he was called, was dominating on the hustings and could be intimidating in close contact. He was consistent throughout his life in espousing the social program of the Labor Party, yet often demanded that the party should be loyal to him, rather than the more usual relationship. His biographer, Bede Nairn, probably got closest to an understanding of the man when he pointed out that Lang had disciples, but no friends.

The first Lang Government (1925-27) has iconic status in Australian Labor history for a series of important industrial and social reforms introduced in the face of fierce conservative resistance. Some later commentators have downplayed Lang's accomplishments, but measures like child endowment, widows' pensions, a 44-hour week for workers, and reforms in the mining industry deserve to be regarded as groundbreaking. Many of these reforms were taken up nationally by the Curtin Government during the 1940s. Lang's reforming government saw contributions from senior Ministers, trade union leaders and influential women in the movement. Yet, there is a real sense in which these were Lang initiatives and would not have happened without someone like him driving the agenda.

He had been a backbencher in the Labor Government that collapsed with the split, and a senior Minister in the underperforming administrations of Storey and Dooley (1920-22), so that he appreciated that Labor would eventually lose popular support if it did not try to deliver on its program. Lang attracted adulation and hatred (even inside the labour movement) and the divisive impact of his leadership style was already evident in the two brief years of that administration. Yet in 1925 he was the most dynamic, progressive, and effective Labor leader in Australia.

In Victoria Labor took advantage of disagreements between Nationalists and the Country Party to hold office briefly in 1924 and again for a longer period in 1927-8, before winning office at the 1929 elections. In South Australia Labor held office from 1924 to 1927, while the Collier Labor government was in office in Western Australia from 1924 to 1930. In Tasmania Joseph Lyons led a Labor Ministry from 1923 to 1928. With the party strong at a State level a Federal revival was seen as only a matter of time.