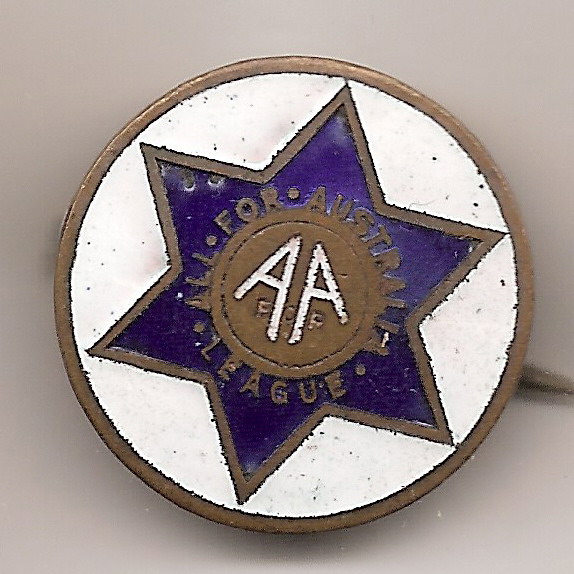 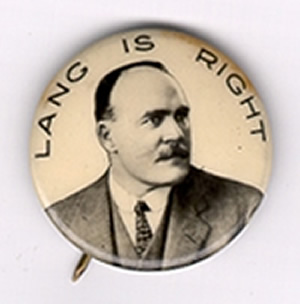 Despite the expulsion of Lang's NSW Branch from the ALP, Lang retained control over the State machinery and the branch structure. More importantly, his populist appeal was much stronger than the Federal party's in the electorate. He had been elected in 1930 in a landslide, and his confrontations with the Scullin government over economic management seemed to make him even more popular. Now he had to deal with the Lyons UAP government, which was less inclined to make any concessions. It passed legislation permitting the Commonwealth to seize State assets. When Lang ordered his public servants to resist Commonwealth officers he was dismissed by the Governor, Sir Philip Game, in May 1932. Popular indignation among Labor supporters over this vice-regal intervention in the political process resulted in huge rallies of support for Lang in the following election campaign. As with the later dismissal of Whitlam, such support did not reflect the level of electoral support, so that Bertram Stevens led the UAP to a crushing victory.

In the 1932 NSW election there were two 'official' Labor parties contesting against each other. Even though Lang was overwhelmed by the UAP and Country Party, his State Labor Party won 24 of the 90 seats while Federal Labor did not win even one. Lang had demonstrated that he, not the Federal ALP, controlled the Labor vote in NSW. This had obvious Federal implications, because there was no chance of an electoral recovery in the Commonwealth without a strong showing in the largest and traditionally one of the most dependably Labor voting State. Nor could Federal Labor leaders expect that the defeat would lessen Lang's authority in the NSW party. In the NSW election of 1935 the same unpalatable lesson was driven home Lang still lost heavily, but the vote for Federal Labor was only 5%, again winning no seats.

Even worse, Langism was exportable. At the 1934 Federal election 'NSW (Lang) Labor' won nine seats, while Federal Labor won 18 of the 74 seats and a miserable 27% of the vote in the House of Representatives. An even worse situation developed in South Australia where, at the 1933 election, three competing Labor parties split the vote Official Labor with six seats, Premiers' Plan Labor with four, and Lang Labor with three. There was also the ever-present threat that Lang himself would seek election to the Commonwealth Parliament and directly confront the Federal party. While the split over conscription in 1916 had a crushing impact on the party only in the short term, the Lang split threatened to go on and on.