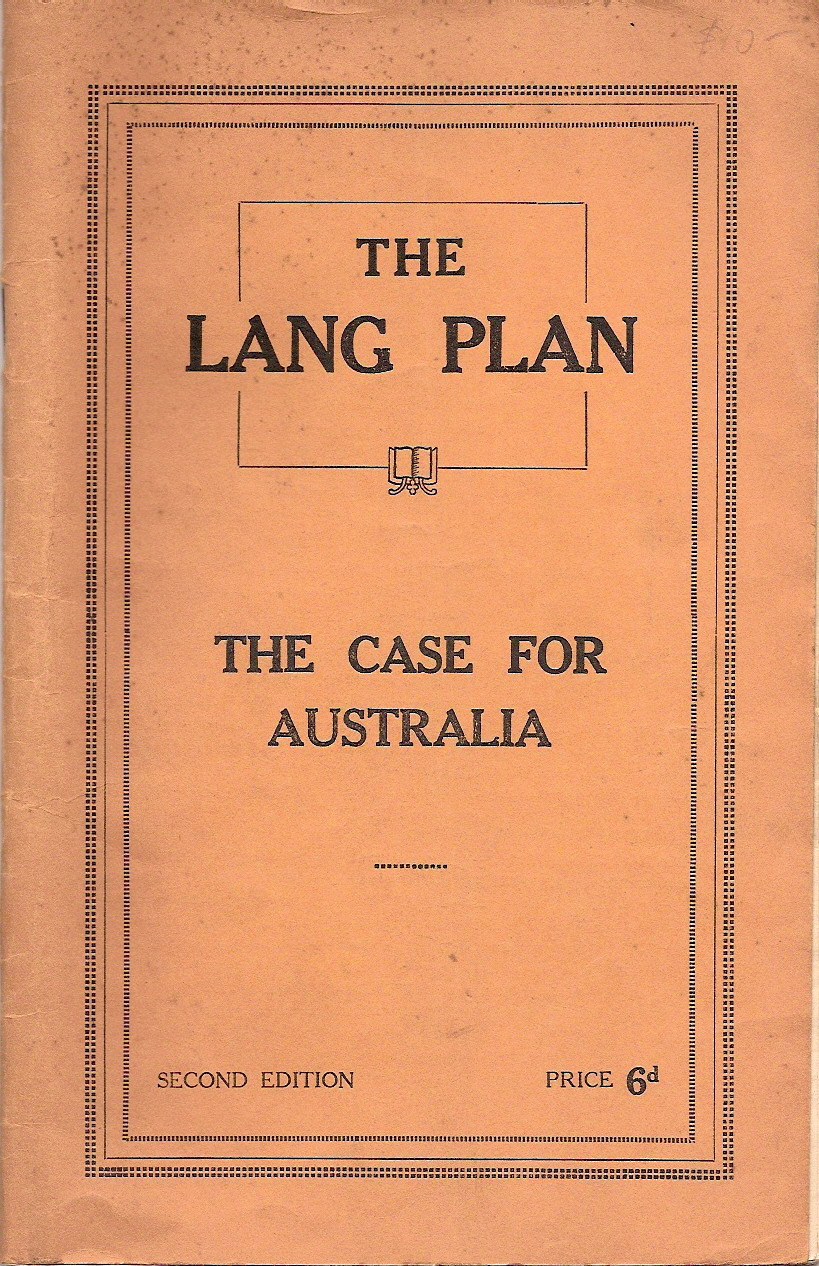 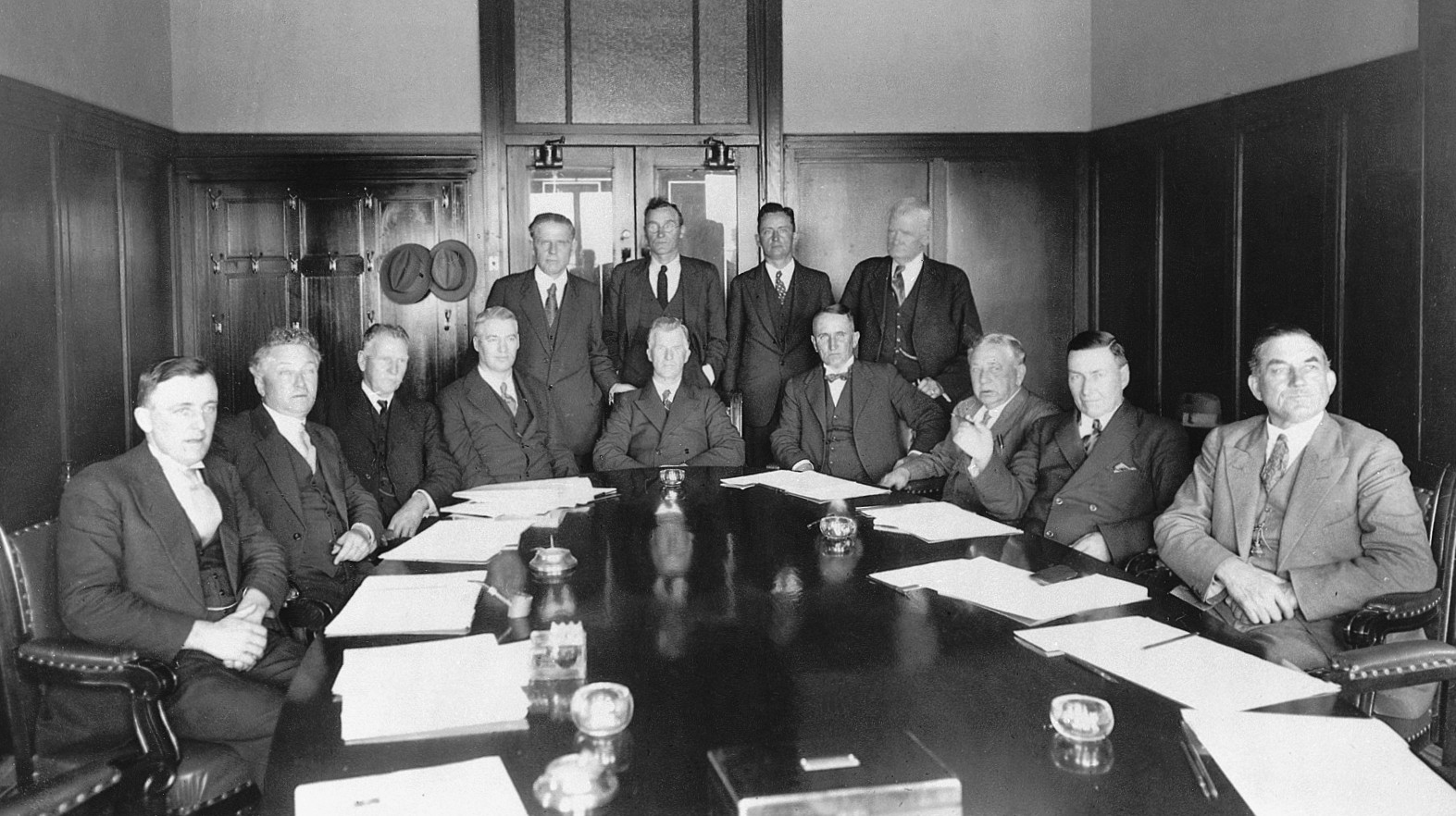 Returning to Sydney, Premier Jack Lang almost immediately repudiated the Melbourne Agreement, thus confronting the Federal Labor government. The most important ingredient of the subsequent 'Lang Plan' was that there should be a moratorium on repaying debt so that any government revenues could be spent in Australia. In October 1930 Lang won a NSW election in a landslide, promising the implementation of his plan and committing himself to pressuring the Federal government to abandon the Melbourne Agreement.

The Lang Plan had divided the labour movement on the best way to fight the Depression, but the first actual split in the party came within Cabinet and Caucus. When Scullin moved to reinstate Theodore as Treasurer in January 1931 Lyons protested that this would endanger the implementation of the Melbourne Agreement. In February he and fellow Minister James Fenton resigned from Cabinet and the ALP to sit on the cross benches along with three other ex-Labor backbenchers, where he began negotiations to form some kind of alliance with the Nationalists. In May 1931 this resulted in the formation of a new political party, the United Australia Party (UAP), with Lyons becoming Leader of the Opposition.

Returning as Treasurer, Theodore developed his own plan of action to revive the economy. That involved Treasury printing more money and the banks issuing cheaper credit, but the Senate and the banks refused to cooperate. After a new Premiers' Conference in February 1931 confirmed the approach of the Melbourne Agreement although accepting some amendments suggested by Theodore, Lang became even more confrontational, directing NSW Labor MPs to oppose the plans of Scullin and Theodore. In Sydney Lang announced that NSW would not pay interest due on overseas loans. Scullin responded by paying the interest from the Commonwealth Treasury and seeking to recover the money from NSW. When a new NSW MP, Eddie Ward, won a by-election refusing to support Federal policy he was excluded from Caucus, with six other Lang supporters leaving in sympathy. A formal split was consummated when Federal Conference expelled the NSW Branch in March 1931, with the result that there were now two Labor Parties in NSW. The loss of the Lyons supporters and the Langites left the government without a majority in the House. It was effectively paralysed.

The end came in November when the seven Lang Labor MPs crossed the floor to bring down the Scullin government. John Beasley, the leader of the Langites, thereafter was given the nickname of 'Stabber Jack' in Labor circles. At the elections on 19 December 1931 the Labor Party was crushed, winning only 14 of the 75 seats in the House, with four others won by Langites (campaigning as NSW Labor). The UAP, led by Lyons, won a majority without needing a coalition with the Country Party.

The significant fact at the end of 1931 was not that a Federal Labor government had been defeated. That would very likely have happened even without the defection of the followers of Lyons and Lang. Only in Tasmania did any Australian government that was in office at the beginning of the Depression survive at the following election. However, as a result of the split the party was in such disarray, especially in the heartland State of New South Wales, that it was unlikely to win an election in the foreseeable future, so that the pattern which occurred in most States later in the 1930s, where there was an alternation of parties in office, was not possible in the Commonwealth.

Scullin continued as leader of the party, partly because most other possible contenders, including seven Ministers, had lost their seats in the 1931 election. He led the party into the next election in 1934, which was little better. He had spent much of his energy in the early 1930s trying unsuccessfully to heal the rift between Federal Labor and the Lang party. In 1935, with failing health, he stood aside so that Caucus could choose John Curtin. Meanwhile, in the hostile environment of Lang's NSW, Federal Labor chose Ben Chifley as president of its State Branch.